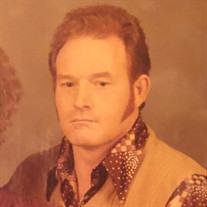 PERRY – Wilmer Alvin Roland, 77, passed away peacefully on Tuesday, April 7, 2020. Due to the limitations on the number of people at a gathering during this national state of emergency, the family will have a private graveside service later this week at Bowers Cemetery in Empire, Georgia. In lieu of flowers, the family respectfully requests memorial contributions to St. Jude Children’s Research Hospital, 5901 Peachtree Dunwoody Road, Atlanta, GA 30328 or Boys Town, 3555 Commonwealth Boulevard, Tallahassee, FL 32303. Wilmer was born in Dodge County to the late Earnest and Martha Rogers Rowland. He had lived in Houston County most of his life. Wilmer had a long career in manufacturing production and maintenance for three different companies, ironically, all in the same building. He started at Pabst Brewing Company in 1969 working in production, and in 1985, when G. Heileman Brewing Company took over the facility, Wilmer continued working for them until the facility closed in 1996. A few years later, Perdue Farms converted the beverage processing plant into a chicken processing plant, and he was hired to work in their maintenance department. Wilmer worked until his health began to decline, and he knew he needed to retire. Being one of 12 children, Wilmer was accustomed to large family gatherings and truly enjoyed spending time with his family that continues to grow and expand, as well as his many other extended family members. He was preceded in death by his parents; his siblings, Roger Rowland, Lewis Rowland, Barkwell Rowland, Rita Tripp, Doyle Rowland, Marcie Rowland, and Dorothy Rowland. Left to cherish the memories of Wilmer are his loving and devoted wife of 55 years, Lorene Harrington Roland of Perry; his children, Jeff Rowland (Stacey) of Byron, Tammy Rowland of Perry, Lisa Rowland (Quentell) of Kathleen, and Pamala Soloman (Raynard) of Perry; his grandchildren, Marc Holmes, Quentell Jones, Arissa Jones, Jesse Riley, Deonte Solomon, Cameron Soloman, Jordan Solomon, and Shon Solomon; three great-grandchildren; his siblings, E.J. Rowland, Mary Broadnax (James), Sherry Meyers, and Marti Hartrick; and many nieces, nephews, and cousins. Condolences for the family may be left in the online guestbook at www.watsonhunt.com. Watson-Hunt Funeral Home has been entrusted with the arrangements.

PERRY &#8211; Wilmer Alvin Roland, 77, passed away peacefully on Tuesday, April 7, 2020. Due to the limitations on the number of people at a gathering during this national state of emergency, the family will have a private graveside service... View Obituary & Service Information

The family of Wilmer Alvin Roland created this Life Tributes page to make it easy to share your memories.

Send flowers to the Roland family.