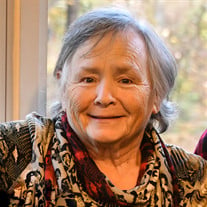 KATHLEEN – Wanda Tharpe Coleman, 71, passed away peacefully on Sunday, January 23, 2022, after an extended illness. She will be laid to rest beside her beloved husband, Wayne Coleman, in Perry Memorial Gardens. The family will have a private service at her graveside, and later will host a Celebration of Life Service (details announced as soon as available). In lieu of flowers, the family respectfully requests memorial contributions to Encompass Hospice, 1760 Bass Road, Suite 202, Macon, GA 31210. Wanda was born in Perry and lived all of her life in Middle Georgia, mostly in Houston County. She married the love of her life, Wayne Coleman, and was always a homemaker, constantly working to create a loving and caring environment for her family. Wanda worked her first job at The Coffee Cup in downtown Perry. After a few years, she accepted a position at Kellwood as a seamstress, then some years later took a job with Briggs & Stratton as a lock technician. In 1995, she started her own business as a professional clown, “Mama C.” She performed at birthday parties, company picnics, and other events and walked many parade routes throughout the twenty years she enjoyed her career as a clown. Later in life, Wanda became a caregiver for many family members, including her parents, her husband’s parents, her brother, and her husband. During her own extended illness battling breast cancer, she was always determined and strong-willed, and never gave up. Wanda was preceded in death by her parents, Erastus and Pauline Ratterree Tharpe; her sisters, Jana Tharpe Beavers and Susan Tharpe Wise; her brother, Chuck “Peanut” Tharpe; and her loving husband of 50 years, Wayne Coleman. Left to cherish the memories they made with Wanda are her daughters and sons-in-law, Lorie Ann and Matthew Jones of Calhoun, and Tina and Chris Joiner of Kathleen; her granddaughters, Kaitlyn Joiner and Alexis Joiner; her sisters, Jeannette Parker (Wendell) of Byron and Dana Herring (Dale) of Vienna; her brother, James Tharpe of Unadilla; her brother-in-law, Ray Coleman (Angela) of Perry; and many nieces, nephews, great-nieces, and great-nephews. Condolences for the family may be left in the online guestbook at www.watsonhunt.com. Watson-Hunt Funeral Home has been entrusted with the arrangements.

KATHLEEN &#8211; Wanda Tharpe Coleman, 71, passed away peacefully on Sunday, January 23, 2022, after an extended illness. She will be laid to rest beside her beloved husband, Wayne Coleman, in Perry Memorial Gardens. The family will have a... View Obituary & Service Information

The family of WANDA THARPE COLEMAN created this Life Tributes page to make it easy to share your memories.

Send flowers to the COLEMAN family.