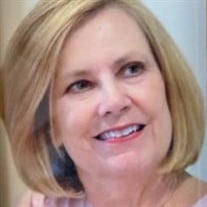 BONAIRE – Vivian Celine Sasser Pennington, passed away peacefully on Thursday, November 18, 2021. A Graveside Service will be held on December 4, 2021, at 2:00 p.m. at Orphans Cemetery in Eastman, Georgia, with Pastor Matt Walls officiating. In lieu of flowers, the family respectfully requests memorial contributions be made to Orphans Cemetery, 300 Orphans Cemetery Road, Eastman, GA 31023. Vivian was born in Jesup, Georgia, to the late Herbert Warren Sasser and the late Edna Grace Thompson Sasser. Vivian grew up in Liberty County and attended Bradwell Institute where she was a cheerleader and member of the Beta Club. After graduation in 1969, she then received a Bachelor’s Degree from Georgia Southern College, a Master’s Degree from Georgia Southwestern College, and an Education Specialist’s Degree (EdS) from the University of Georgia. Vivian and her late husband, Bobby Pennington, resided in Macon and Perry where she spent her career as an educator in Houston and Bibb counties. She served as a teacher and a principal, retiring in 2001. She especially enjoyed her time as principal at Alexander II in Macon and at Westside Elementary School in Warner Robins. Vivian was a member of Perry United Methodist Church and in later years, attended Southside Baptist Church in Warner Robins. Her family and friends always recognized Vivian as being extremely creative, working in pottery and later in mosaics. Her desire to expand her horizons was fulfilled by taking ballet lessons in her later years. Vivian was preceded in death by her parents and her first husband, Bobby Pennington. Left to cherish the memories they made with Vivian are her husband, Bob Cleghorn; her daughter, Kyra Pennington; her brother Tommy Sasser (Cindy) of Eatonton, GA; her niece, Kelle Rue (Chris) of Plantation, FL; her nephew, Scott Sasser (Theresa) of Mount Pleasant, SC; and her sister in spirit, Michelle Gibbs. Condolences for the family may be left in the online guestbook at www.watsonhunt.com. Watson-Hunt Funeral Home has been entrusted with the arrangements.

The family of VIVIAN SASSER PENNINGTON created this Life Tributes page to make it easy to share your memories.

Send flowers to the PENNINGTON family.