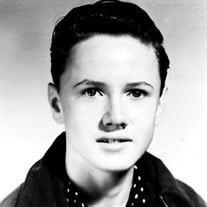 CHESAPEAKE, VA— Thomas “Tommy” Edgar Fulmer, 75, went to be with the Lord our savior, Jesus Christ, on Monday, April 20, 2020, when he lost his battle with cancer. He was surrounded by loving and devoted family. A private Graveside Service will be held in Perry, Georgia, at Christ’s Sanctified Holy Church Campground in the Cemetery next week. Tommy was born September 15, 1944, in Norfolk, Virginia, to the late Herman Leon Fulmer Sr. and Dorothy Elizabeth Fulmer Hill. After graduation from high school, he proudly served our country in the U.S. Air Force. Upon his return to civilian life, he became a brick mason and perfected his technique through the years working with his nephew, Allan Kessler, who lovingly referred to him as “Uncle Tommy.” After over 45 years, Tommy retired from masonry and took a job with U.S. Facilities on the Intercoastal Waterway as a lock operator, which he did for the last five years of his life. He was a long-time member of Christ’s Sanctified Holy Church and loved the Lord God, his church, and the brothers and sisters of CSHC. He always kept a positive outlook on life and said many times, “Everything is going to be alright.” Others felt Tommy said it more for the benefit of those around him than for his own benefit, as if to ease the pain others were enduring. He was constantly willing to do anything for his family, especially the last 62 years for Allan, his nephew that Tommy treated as the son he never had. Tommy was a loving and caring soul. He will be dearly missed, more than can be express in words. His memory will live forever in the hearts of everyone who knew and loved him. He was predeceased by his parents; a brother, Hermon Leon Fulmer; a nephew, Nathan Fulmer; a niece, Cynthia Collier; and his brother-in-law, Arlin Kessler. Left to cherish the memories they made with Tommy are his daughter, Tania Gail Fulmer Boyer Bonowitz (husband, Shannon); a granddaughter, Courtney; a great-granddaughter; his sister, Mary Elizabeth Kessler; his nephews, Allan Kessler (wife, Rhonda), Walter Dean Fulmer (wife, Karen), and Jeff Fulmer (wife, Darlene); his niece, Cindy Fulmer Klein, her children and grandchildren; his step-daughter, Sabrina Jeffs (husband, Greg), their 2 daughters, and their 2 granddaughters; great-nephews, Connor Kessler and Cameron Kessler; great-niece, Brianna (husband, Isaac) and their children; and his sister-in-law (Herman’s wife), Judy Fulmer; and several other extended family members. Condolences for the family may be left in the online guestbook at www.watsonhunt.com. Watson-Hunt Funeral Home has been entrusted with the arrangements in Perry, Georgia.

The family of THOMAS "Tommy" EDGAR FULMER created this Life Tributes page to make it easy to share your memories.

Send flowers to the FULMER family.