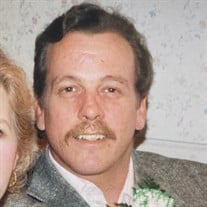 HAYNESVILLE, GA – Stephen Kedrick Tucker, Jr., 64, passed away on Saturday, August 7, 2021. At his request, there will not be a public memorial service. In lieu of flowers, the family respectfully requests memorial contributions to Shriners Hospitals for Children, Processing Center, P. O. Box 863765, Orlando, FL 32886 or www.shrinershospitalsforchildren.org. Steve was born in Buffalo, New York, to the late Stephen Kedrick Tucker, Sr., and the late Adele Colvin Tucker. He received an Associate’s Degree from ECC. Steve moved to the small town of Haynesville, Georgia, just outside of Perry, in 1972, temporarily relocated, and enjoyed returning to the same home for the rest of his life. He was a Master Carpenter. He lived an epic life and would do anything for anyone in need. Steve loved deeply, fought deeply, and survived more than most people could imagine. He was himself to the very end…fearless, loving, courageous, and brave. Left to cherish the memories they made with Steve are his loving wife of thirty-six years, Sharon Tucker; his children, Stephen Kedrick “Steve” Tucker, III, Jennifer Tucker, and Melissa Tucker; four grandchildren, Sean Taylor, Elliot Taylor, Jase Tucker, and Ryder Treat; his soon-to-be-born grandson who will also be named Stephen; his siblings, Della Sugg, Mary Thomson, Glenn Tucker (Pam), T.J. Tucker, Alex Tucker (Miranda), and Jason Hughes; and numerous nieces and nephews. Condolences for the family may be left in the online guestbook at www.watsonhunt.com. Watson-Hunt Funeral Home has been entrusted with the arrangements.

HAYNESVILLE, GA &#8211; Stephen Kedrick Tucker, Jr., 64, passed away on Saturday, August 7, 2021. At his request, there will not be a public memorial service. In lieu of flowers, the family respectfully requests memorial contributions to Shriners... View Obituary & Service Information

The family of STEPHEN KEDRICK TUCKER JR. created this Life Tributes page to make it easy to share your memories.

Send flowers to the TUCKER family.