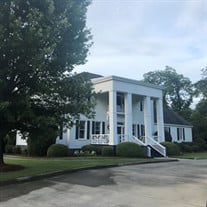 PERRY, GA- Connor Alexander Ralls, 25, passed away unexpectedly on December 23, 2019, at his home in Perry, Georgia. A Private Memorial Service will be held at Robins Air Force Base. A service for his family and friends will be held in Idaho at a later date. In lieu of flowers, memorial contributions may be made to Humane Society of Houston County, 810 Carl Vinson Parkway, Centerville, GA 31028. Connor was born and raised in Coeur d’Alene, Idaho. A six-year Veteran of the U.S. Air Force, he served his country with dedication and pride. His tour of duty took him to various places, but he spent most of his time stationed at Robins Air Force Base in Warner Robins, Georgia in Security Forces. Upon his honorable discharge from the military, Connor immediately returned to serve his country by enlisting in the Air National Guard. While he was only required to be with his unit a few days a month, he spent time building a small marketing and business development business. Connor loved the outdoors in Georgia and in the Pacific Northwest, hiking and exploring. He enjoyed animals, particularly dogs, volunteered with Humane Society of Houston County, and helped to train dogs with North River Canine. Connor had a passion for Jui Jitsu. In his own words, Connor wrote on Facebook, “Jui Jitsu is a way of life. It’s a school for body and mind. You will be humbled by its lessons, and hardened by its throws. Prepare each day for the coming fight, and each day the enemy will postpone its attack. Evil is weak and cowardly. So be strong. Sharpen your mind, and train your body. In doing this, the enemy will always fear and respect your warrior mentality.” After experiencing a recent skydiving adventure, Connor shared, “You can't beat the view from 10,000 feet in the air. Solid way to start my day. When life has you against the wall, push back. When fear has you immobilized, jump. Only regrets in life are the shots you never took and the opportunities missed. Shout out to Skydive Atlanta and their team. Get a goal, and get after it!” A simple and honest man, Connor was loved beyond measure and cherished by his family and friends. Left to treasure the memories they made with Connor are his parents, Dan and Donna Ralls of Coeur d’Alene, Idaho; his siblings, Stephanie Ralls of Kirkland, Washington, Andrew Ralls of Spokane Valley, Washington, and Alexis Ralls of Coeur d’Alene, Idaho; many cousins, aunts, uncles, nieces, and a nephew. Condolences for the family may be left in the online guestbook at www.watsonhunt.com. Watson-Hunt Funeral Home in Perry, GA, has been entrusted with the arrangements.

PERRY, GA- Connor Alexander Ralls, 25, passed away unexpectedly on December 23, 2019, at his home in Perry, Georgia. A Private Memorial Service will be held at Robins Air Force Base. A service for his family and friends will be held in Idaho... View Obituary & Service Information

The family of SrA Connor Ralls, USAF created this Life Tributes page to make it easy to share your memories.