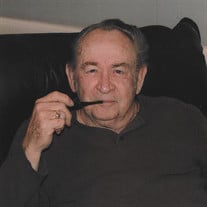 Rufus Clarence Little, Sr, 80 years old of Perry, passed peacefully away on Tuesday, November 5, 2019. The family will visit with friends at Watson-Hunt Funeral Home on Thursday, November 7, 2019, from 5:00 p.m. until 7:00 p.m. Funeral Services will be held on Friday, November 8, 2019, at Second Memorial Baptist Church beginning at 11:00 a.m. Interment with full Military Honors will immediately follow the funeral services at Perry Memorial Gardens. In lieu of flowers, the family respectfully asks that memorial contributions be made in his memory to Wounded Warrior Project, Post Office Box 758516, Topeka, Kansas, 66675-8516, or The Military Order of the Purple Heart, 5413 Backlick Road, Springfield, Virginia, 22151. Clarence, was born in Hawkinsville, Georgia, to the late Clyde Dean and Sarah Williams Little. When he was finished with his education at Perry High School, Clarence signed up in June of 1957 to serve his country in the United States Navy. He spent three tours in Vietnam. As a flight engineer, he flew the P-3 Orion for the Naval Air Test Center in Pax River, Maryland. He served over twenty years in the service and finally retired in May of 1978 in Perry to be close to his family. Clarence spent over a year working as a Deputy Sheriff for the Houston County Sheriff’s Department, prior to opening what would become an icon in Perry, Little’s Bait, Tackle, and Pawn. He cherished the thirty-five years that he spent helping his customers and the many friends that he considered family. Clarence held his family the closest to his heart. He made certain that every year the Little Family Reunion was packed with every “Little” that he could find and there was no excuse for you not to attend. Clarence was an avid fisherman, hunter, and would make regular trips to the St. John River to spend time bonding with his family and friends. Clarence would want all family members to continue celebrating his treasured family reunion. Clarence will forever be missed by many. He is preceded in death by his brothers, W.C. Little, and Freddie Lee Little, Sr. Left to cherish the memories that they made with Clarence are his beloved wife of thirty-nine years, Mary Katherine Kovac Little; his children, Julie (Jim) Cawthon, Angel (Kenny) Logan, Greg (Kandy) Little, Rufe Little, Tim (Nikki) Little, John (Neyda) Britt, Bridgette Bennett, Kathy Todd; fourteen grandchildren; fifteen great-grandchildren; his brother Bennie (Bonnie) Little; his in-laws, Caroline Little, Nell Little, Frances Davis, Joe (JoAnn) Kovac; and many other members of his family that he loved dearly. Condolences for the family may be left in our online guestbook at www.watsonhunt.com. Watson-Hunt Funeral Home has been entrusted with the arrangements.

The family of Rufus Clarence Little Sr created this Life Tributes page to make it easy to share your memories.

Send flowers to the Little family.