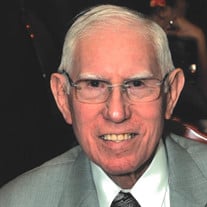 SFC RUDOLF "RUDI" HUTHER (U.S. ARMY) RET PERRY – Rudolf “Rudi” Huther, 81, passed away peacefully early on Friday, June 25, 2021, after an extended illness. Funeral Services will be held at Ft. Bliss National Cemetery in El Paso, Texas. Sunset Funeral Home in El Paso will announce the details of the service as soon as they are available. In lieu of flowers, the family respectfully requests memorial contributions to Heart of Georgia Hospice, 103 Westridge Drive, Warner Robins, GA 31088. Rudi was the son of the late Heinrich Hans Huether and the late Frieda Maria Messerle Huether. He was born and grew up in Germany, moved to Australia at age twenty, then ventured to America five years later. Soon after he arrived in the states, Rudi was drafted into the U.S. Army as a German Citizen. He served in Vietnam for twenty months where he was a medic caring for the Vietnamese POW’s. Rudi always defended and protected those he was assigned to care for. After he returned to the U.S., he became a Licensed Vocational Nurse and in November 1969, a naturalized citizen of the United States of America. Throughout his military career, Rudi served in various locations around the world, and retired with over twenty years of military service. He worked with Civil Service as an LVN and lived for several years in Texas, working at different hospitals where he was needed. For the past twelve years, Rudi has lived in Middle Georgia and was very active in the community. He was a member of the American Legion, Post 24, where he was a former Vice Commander, the Houston County GOP, and an Auxiliary Member of the Middle Georgia Republican Women. He regularly attended Central Baptist Church in Warner Robins and was a consistent anonymous donor to the church’s Food Pantry. Rudi was preceded in death by his parents; his loving wife of thirty-eight years, Alison Johnstone Huther; and three sisters – Hilda, Frieda, and Ursula. Left to cherish the memories they made with Rudi are his loving wife of twelve years, Barbara Bell-Huther of Perry; his son and daughter-in-law, Derrick and Jennifer Huther of Vine Grove, Kentucky; his grandchildren, Mary, Genevieve, Bobby, and Michelle Huther; his brother, Hans Huther (Hildrut); his bonus children, Terry Vipperman (Melanie) of Simpsonville, SC, John Bell (Kimber) of Kathleen, GA, and Greg Bell (Melissa) of Orange Park, FL; six bonus grandchildren; two bonus great-grandchildren; and several nieces and nephews. Condolences for the family may be left in the online guestbook at www.watsonhunt.com. Watson-Hunt Funeral Home has been entrusted with the arrangements in Georgia. Sunset Funeral Home has been entrusted with the arrangements in Texas.

The family of SFC RUDOLF "RUDI" HUTHER (U.S. ARMY) RET created this Life Tributes page to make it easy to share your memories.

Send flowers to the HUTHER family.