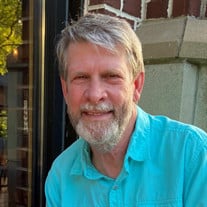 PERRY - Ronnie Dean Kennedy, 62, passed away unexpectedly on Monday, June 14, 2021, after a brave and courageous battle with neuroendocrine cancer. Services will be held on Thursday, June 17, 2021, at Houston Lake Baptist Church with the Visitation starting at 10:00 a.m. and the Funeral beginning at 11:00 a.m. Interment will be in Perry Memorial Gardens immediately following the service. In lieu of flowers, the family respectfully requests memorial contributions to Houston Lake Baptist Church, 2300 Houston Lake Road, Perry, GA 31069. A lifelong resident of Perry, Ronnie graduated from Perry High School in 1976 and attended Macon Junior College. He proudly served our country in the U.S. Air Force Reserves and was always very humble about his service. Ronnie married the love of his life, Marilyn Warren. He accepted a position at Robins Air Force Base with Civil Service and completed the Aircraft Maintenance Technician program in the Air Force Reserve, becoming an Equipment Specialist. Ronnie was a wonderful husband to Marilyn, and became a remarkable father once their daughter, Lauren, was born. From taking her to dance practices and attending her dance recitals for sixteen years to nurturing and advising her through high school and college, Ronnie treasured his family roles. He was conscientious about being healthy and taking care of himself, enjoyed running, and often found himself participating in 5K runs. He was also an avid cyclist who was thrilled to ride lengthy journeys regularly, and was excited when he rode to the top of Brasstown Bald and back down with his nephews. Ronnie loved being outdoors, hunting, fishing, and savoring God’s creations. In recent years, Ronnie loved spending time at his very own “cabin in the woods.” He was a member of Houston Lake Baptist Church. While he served in various positions through the 40-plus years at Robins Air Force Base, Ronnie retired April 30, 2021, as an Equipment Specialist for the C-141 and C-17 aircrafts. He was very much looking forward to becoming a grandfather to be called “Pops”, which he did when his grandson, James Wilder Campbell, entered the world in February 2021. Ronnie was a good, Christian man and a true Southern Gentleman who will be dearly missed by all those who knew and loved him. Left to cherish the memories they made with Ronnie are his loving and devoted wife of thirty-one years, Marilyn Warren Kennedy of Perry; his daughter and son-in-law, Lauren and James Campbell of Goose Creek, SC; his grandson, James Wilder Campbell; his brother and sister-in-law, David and Donna Kennedy of Perry; his mother-in-law, Trudie Warren of Perry; his sister-in-law, Melanie Warren of Perry; his nephews, Phillip Kennedy (Diana), Matt Kennedy (Betsy), and John David Kennedy (Laura); his great-nephew, Willie Kennedy; and his great nieces, Cameron Kennedy and Finley Kennedy. Ronnie was preceded in death by his parents, Willie Roy Kennedy and Lura Mae Dupree Kennedy; and his father-in-law, James “Bud” Warren. Condolences for the family may be left in the online guestbook at www.watsonhunt.com. Watson-Hunt Funeral Home has been entrusted with the arrangements.

PERRY - Ronnie Dean Kennedy, 62, passed away unexpectedly on Monday, June 14, 2021, after a brave and courageous battle with neuroendocrine cancer. Services will be held on Thursday, June 17, 2021, at Houston Lake Baptist Church with the Visitation... View Obituary & Service Information

The family of RONNIE KENNEDY created this Life Tributes page to make it easy to share your memories.

Send flowers to the KENNEDY family.