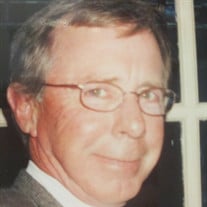 ELKO – Robert Bruce “Chief” Douglas, 71, passed away on April 6, 2019, at Carl Vinson VA Medical Center. Visitation will be on Wednesday, April 10, 2019, from 5:00 until 7:00 p.m. at Watson-Hunt Funeral Home. Memorial Services will be held on Thursday, April 11, 2019, at 12:00 Noon at First Baptist Church of Perry. Immediately following the service, family and friends will be escorted by the Patriot Guard Riders to the inurnment with military honors in Andersonville National Cemetery which will begin at 2:00 p.m. Flowers will be gratefully accepted or memorial contributions may be made in memory of Bruce to Samaritan’s Purse, P. O. Box 3000, Boone, NC 28607 or Veterans of Foreign Wars – VFW – Post 6126, P. O. Box 1185, Perry, GA 31069. Bruce was born in Pinellas County, Florida, on September 15, 1947, to the late Lawrence Y. and Sara Sims Douglas. He proudly served our country in the U. S. Army in Vietnam as a Helicopter Pilot where he flew 1,325 combat missions in just over two years. Bruce received many awards while in the service including a Silver Star, the third-highest awarded for the Armed Forces; three Distinguished Flying Crosses; two Bronze Stars; and 53 Air Medals. He was a farmer for over forty years. His faith was very important to him, and he faithfully attended First Baptist Church of Perry and the Avon Buice Sunday School Class when he could. Bruce was an avid dirt bike rider and enjoyed hosting many family events through the years on the land where he developed various difficulty levels of dirt bike trails. He also enjoyed hunting. Bruce was very patriotic, proud of his country, and loved anything made in the U.S.A. From a young age, he always loved talking politics and could hold a good conversation with the best of the political debaters as Bruce earned a Bachelor’s Degree in Political Science. He was fond of the mountains, especially a little place in Weaverville, North Carolina, called Windy Gap where he and his family were very involved in the Young Life Christian Organization there. Bruce was a loving husband, father, grandfather, and friend and was greatly loved and will be missed by his immediate and extended family. Left to cherish the memories of Bruce are his loving and devoted wife of 21 years, Betty Douglas of Elko; his children, Rob Douglas (Michele) of Aberdeen, SD, Dawn Douglas Hunnicutt of Perry, Emily Cawthon Ross (Brian) of Thomasville, Ashley Cawthon Vandergrift (Tyler) of Perry, and Whitney Cawthon of Thomasville; nine grandchildren; his sister, Ilene Douglas (Dr. Allen Wooly); his brothers, Scott Douglas (Maggie) and Larry Douglas (Pattie); and several nieces and nephews. Condolences for the family may be left in the online guestbook at www.watsonhunt.com. Watson-Hunt Funeral Home as been entrusted with the arrangements.

The family of Robert Bruce Douglas created this Life Tributes page to make it easy to share your memories.

Send flowers to the Douglas family.