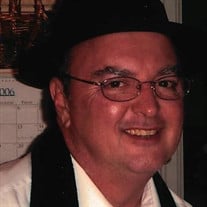 PERRY - Robert “Bob” Wilbanks, age 71, of Perry passed away peacefully, on Wednesday, October 6, 2021. No services will be held. In lieu of flowers, the family respectfully requests memorial contributions to the American Kidney Fund, 11921 Rockville Pike, Suite 300, Rockville, MD 20852. Bob was born August 26, 1950, in Perry, Georgia. He later met and married the love of his life, Lisa, his wife of thirty-two years. He was a graduate of Perry High School, Class of 1968. He received a Bachelor’s degree in Criminal Justice and earned an Associates’ degree in Industrial Engineering. He spent a portion of his career working as an industrial engineer. He was employed by Dodge State Prison as a Correctional Officer. Bob had the opportunity to live and travel in many areas, but always called Perry his home. While in Albany, he spent many hours volunteering at the Sowega Council on Aging, where he helped with their transportation services. His vehicle was referred to as “Bob’s Bus”. He loved and enjoyed spending time with his family and friends. Bob was preceded in death by his father, George Leland Wilbanks; his brother, Wayne Wilbanks; and his Granny, Emy Lee Wilbanks. George is survived by his mother, Thurlis Benson Roberson of Perry; his loving and devoted wife, Lisa Wilbanks; his son, Sebastian Wilbanks of Dudley; and his sisters, Stacey Moehler of Macon and Sissy Reeves of Perry. Condolences for the family may be left in the online guestbook at www.watsonhunt.com. Watson-Hunt Funeral has been entrusted with the arrangements.

The family of ROBERT "BOB" WILBANKS created this Life Tributes page to make it easy to share your memories.

Send flowers to the WILBANKS family.