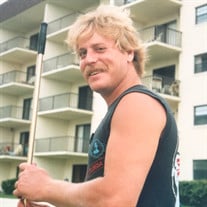 PERRY – Robert Clifton “Bob” Irwin, Sr., passed away unexpectedly on Friday night, February 25, 2022, after a sudden illness. He was 64 years old. A Memorial Service will be held in the Chapel at Watson-Hunt Funeral Home on Friday March 11, 2022 at 3:00 p.m. The family will receive friends one hour before the service, from 2:00 p.m. at 3:00 p.m. In lieu of flowers, the family respectfully requests memorial contributions to Flint River FCA/Fellowship of Christian Athletes, P. O. Box 6308, Warner Robins, GA 31095. Bob was born in Hawkinsville, Georgia, to the late Billy and LaRue King Irwin. He went to school in Perry and graduated with Perry High School’s Class of 1975. He attended Abraham Baldwin Agricultural College. He accepted a position at Georgia National Fairgrounds and AgriCenter before it actually became a facility. Initially, he worked doing anything and everything that needed to be done in order to qualify for advancement, which he did. Bob retired as the Event Marketing Director after over twenty years of service. He loved his job and the people he worked for and with. He spent a lot of years with GNFA and loved the work, the mass number of people who visited there each year, and legacy of the AgCenter that was being created as the years passed. It was his life for many years. Anyone who knew Bob knew that he was very expressive and always told a good story. Many said stories were told as Bob enjoyed the game of golf alongside family and friends, especially Mr. Jerry Horton who also loved the Ag Center and loved golf. He loved fishing and the beach, not particularly in that order. He loved spending time with his grandchildren, who lovingly called him “Papa”, his brother, and his nephews. Bob was preceded in death by his parents, Billy and LaRue Irwin; his sister, September Irwin Lieberman; and his only son, Robert C. “Rob” Irwin, Jr. Left to cherish the memories they made with Bob are his brother and sister-in-law, Hugh and Monica Irwin of Land-O-Lakes, Florida; his daughter, Dawn Douglas Hunnicutt of Henderson; his grandchildren, Briar Hunnicutt, Casen Hunnicutt, and AJ Hunnicutt; four nephews; and several great-nieces, great-nephews, and cousins. Condolences for the family may be shared in the online guestbook at www.watsonhunt.com. Watson-Hunt Funeral Home has been entrusted with the arrangements.

The family of ROBERT "BOB" IRWIN, SR created this Life Tributes page to make it easy to share your memories.

Send flowers to the IRWIN, family.