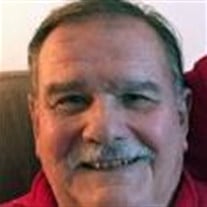 Ret. Lt. Col Richard “Dick” Stachorek, USAF, 85, passed away after a brief illness on Saturday, June 8, 2019. Memorial Services with full military honors will be held at Arlington National Cemetery in Arlington, Virginia, at a later date, where he will be laid to rest beside his beloved wife, Olivia Abilene Geiger, and surrounded by his loving family. Richard was born in Chicago, Illinois, on November 18, 1933. Even as a child, Dick sensed that he loved flying while he made his toy model airplane soar through the sky. At the age of 16, he started flying the lightweight aircraft known as the Piper Cub. Dick would often tell others where his passion for flying began by coining the phrase, “If it reigns in your heart as a youngster, that’s it.” By the age of 19, Dick readily signed up with United States Air Force. In 1958, he began flying the F-1000 and F-104. Dick flew the C-130 airplane into Vietnam after receiving his combat orders and deployment mission. His squadron was part of a force that landed the first Marines into the country. Dick proudly flew a total of 266 combat sorties in Vietnam, sometimes under heavy fire. In 1966, he retired from active duty but remained in the Air Force Reserves until 1975. As a civilian, he was employed a short time as a pilot with TWA or Trans World Airlines. In 1980, he was given an opportunity to travel to the Middle East as a pilot for the International Christian Aid, non-profit group. When Dick arrived in Somalia (and later Nairobi, Kenya) he was devastated by how poverty stricken the children were and his initial plans were halted. Dick now had a mission to help every child and help was needed on a very large scale. The idea of people being able to sponsor their own child would certainly help take away some of the despair and from that Dick created the first Child Sponsorship Program. Help was also needed in Beirut where fate would later take him. While in Beirut, Dick crossed paths with Olivia Wheatley, a free-lance writer at the time, preparing for a story. Dick succinctly describes their romance in one brief sentence; “All passes were cancelled, so I asked her to lunch, then I married her.” The newly married couple remained in Israel for many memorable years before they would return to the United States. Back in the states, they made their home in Southern California, where The Stachorek’s would purchase a Baskin-Robbins franchise. In 1994, the couple had their sites on retirement and chose to relocate to Sequim, Washington. Several rainy years in the Pacific Northwest had the couple desiring a different climate. They set their sights on the warmer climate of the South, and found themselves in the small town of Perry, Georgia. Once here, Olivia continued to write and paint, while Dick immersed himself in the game of golf and fishing. Dick enjoyed watching little league baseball games with the retirement community he called his “adopted” family. Sharing stories of his life with the children that he would meet at the ballfield, became one of his favorite past-times. He was known to them as “Mr. Stack”. After he lost his beloved Olivia in 2017, Dick decided it was best to sell their home in Perry, and relocate not far away to Milledgeville, Georgia, where he would live out his years at the Georgia War Veterans Home. At the home, Dick was always looking for a friendly poker game, making bets on football games, or studying war history books in the library. He will be greatly missed by his loving family. Left to cherish the memories they shared with Dick are his three step-children, Thomas Wheatley, Jr., Rebecca Wheatley Goehl, and Rachelle Wheatley; and his sister, Andrea Filips. Most important in Dick’s life was his profound faith in God, as seen in a poem he wrote several years ago: An Old Fly Boy’s Story I’ve left the bondage of this race, I’ve leapt the walls by Heaven’s Grace; I’ll soar to heights in azure sky, I’ll soar so high yet never die. So now that I’ve been born again. I can truly say, Amen. This perfect gift is mine to keep, The best of life is mine to seek. As written in God’s Book of Life Where all is peace without Men’s strife. So now that I’ve been born again I can truly say, Amen. And now at last I’m free to say, I thank my God for freedom’s day; And should I die before I wake, I know the Lord my soul shall take. So now that I’ve been born again, I can truly say, Amen, Amen. You, too, can knock upon this Door; And it will open, to be sure. And show you stores of things to come. Your heart will lift and turn around. Now that I’ve been born again, I can truly say, Amen, Amen. Watson-Hunt Funeral Home has been entrusted with the arrangements. Condolences for the family may be left in the online guestbook at www.watsonhunt.com.

The family of Ret. Lt. Col Richard "Dick" Warren Stachorek created this Life Tributes page to make it easy to share your memories.

Send flowers to the Stachorek family.