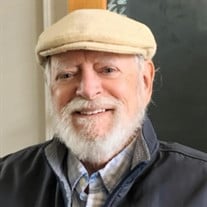 PERRY – Dr. Patrick Thomas Ellinor, 78, passed away suddenly and unexpectedly on Wednesday, November 25, 2020. Graveside Services with Military Honors will be held on Friday, December 11, 2020, at 2:00 p.m. in Andersonville National Cemetery in Andersonville, Georgia. In lieu of flowers, the family respectfully requests memorial contributions to American Diabetes Association, P.O. Box 7023, Merrifield, VA 22116-7023, or American Heart Association, 5962 Zebulon Road, PMB 359, Macon, GA 31210. Patrick was born in Monaghan, Ireland, to the late Cyril and Catherine Cole Ellinor. He came to America, specifically New York, as a teenager with his mother and his aunt to finish school and establish national residency. He played rugby and soccer and enjoyed both sports for many years. He proudly served his country in the U.S. Navy, and upon returning to civilian life, Patrick raised his family in Ohio, where he lived for many years. He worked diligently to receive his college education and continuously encouraged his children to persevere with intention and become professionals in their own lives as adults. Patrick was a Financial Consultant for many years, using his knowledge and experience to help struggling business owners work through hard times and recover in the end. When he was older, he completed his Doctorate Degree in Business Philosophy, and in the midst of his career, life happened. Dr. Ellinor moved to San Diego, California, where he continued his consulting work. He delighted in golfing and fishing, which he was able to do more as time passed. After retirement, he became a Real Estate Broker for several years, until he and his wife moved to Georgia to live closer to his wife’s family. He spent time reading, always keeping his mind active, and watching old, vintage movies. Patrick loved his family, and will be dearly missed by them. Left to cherish the memories they made with Patrick are his loving wife of twenty years, Valerie Tallian Fleming Ellinor of Perry; his children, Dr. Patrick T. Ellinor, II (Dr. Shana Birnbaum) of Brookline, Massachusetts, Yvonne Watkins (Bob) of Ft. Collins, Colorado, Yvette Nguyen (Dr. Son Nguyen) of Kansas City, Kansas, Vanessa Kewish (Ben) of Melbourne, Australia, and Brian Ellinor (Jenn) of Lexington, Kentucky; nine grandchildren; his brother, Bob Ellinor (Karen) of West Sussex, England; his bonus son, Jesse Fleming (Jaime) of Perry, Georgia; four bonus grandchildren; and other extended family members in Ireland, England, and Arizona. Condolences for the family may be left in the online guestbook at www.watsonhunt.com. Watson-Hunt Funeral Home has been entrusted with the arrangements.

The family of DR. PATRICK THOMAS ELLINOR created this Life Tributes page to make it easy to share your memories.

Send flowers to the ELLINOR family.