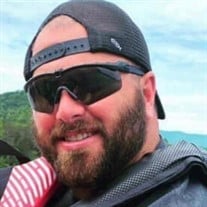 PERRY – Nicholas Anderson “Nick” Boutwell, 29, passed away on Friday, August 20, 2021. A Celebration of Life Service will be held on Tuesday, August 24, 2021, at 4:00 p.m. at Cross Point Baptist Church with Reverend Jordan Kersey officiating. In lieu of flowers, the family respectfully requests memorial contributions to Perry Police Department, 1207 Washington Street, Perry, GA 31069. Nick was born on July 31, 1992, in Warner Robins and was a lifelong resident of Houston County. He started playing baseball at age six with the local recreation teams, and by the time he was in high school, had become one of the starting pitchers for Northside High School. Nick graduated from NHS in 2010 and attended Young Harris College on a baseball scholarship. After that first year of college, while he had loved playing baseball for nearly fifteen years, Nick’s passion in life began to surface. He was reminded of the DARE Officer who first planted the seed of “protect and serve” while Nick was in elementary school and also inspired him in high school to talk with children about police and the law. Nick enrolled in the Criminal Justice program at South Georgia Technical College and graduated in December 2012. He was honored with the “Top Gun” award as the best marksman in his graduating class. Nick began his law enforcement career at the exceptionally young age of 19, in January 2013, with Perry Police Department and was soon transferred to K-9 Officer. Law enforcement was in him, and he loved “working dope,” taking it off the streets where no one could get it, especially kids. In 2016, he wanted to further his K-9 career and accepted a position with the Georgia Department of Corrections. Within just two years, Nick was promoted to Criminal Investigator. In 2020, his hard work and perseverance earned him the title of Special Agent, and very recently, he was certified as a Firearms Instructor for the State of Georgia. Nick was passionate about law enforcement. He loved the law and all that it entailed. He made huge differences in the lives of the people he encountered and touched so many of them personally with the strong care and compassion for others that he exhibited daily. He was wonderful at talking to people, encouraging young people, and persisting when no one else would. Nick was an avid outdoorsman, loved hunting and fishing, and was a member of The Warner Robins Bass Addicts Fishing Club. He loved his family dearly, was a proud “Mama’s boy,” and was his dad’s best friend. Nick met the love of his life, Lacy Kelley, on a blind date in 2015. They were a perfect match and were married on June 17, 2017. Nick and Lacy were blessed with their daughter, Rylee Jean, on August 11, 2020. Nick loved Lacy with his whole heart, but being a daddy was Nick’s best and “most favorite” job. He loved being Rylee’s “Da Da” – they were two of a kind. Nick was only given a short time on this earth, but he used every minute that he was here to do something for someone else. He was a true mentor to numerous young people in his community, and at the same time, a tremendous example of a fine, Southern gentleman living his life wholesome and good, working hard for his family and community, continuously upholding the law. This young man will be dearly missed by so many and forever in the hearts of those who knew and loved him. Left to cherish the precious memories they made with Nick are his loving and devoted wife of four years, Lacy Kelley Boutwell of Perry; his precious daughter, Rylee Jean Boutwell of Perry; his beloved parents, Robin Eller Boutwell and George Boutwell, III, of Fort Valley; his maternal grandparents, Pat and Ray Eller, Sr., of Lenoir, NC; his paternal grandmother, Mary Boutwell of Warner Robins; several aunts, uncles, and cousins; and his loyal and devoted fur babies, his dogs, Zoey and Dixie. Nick was greeted in Heaven by his paternal grandfather, George Boutwell, Jr. Messages of comfort and memories celebrating Nick may be shared in the online guestbook at www.watsonhunt.com. Watson-Hunt Funeral Home has been entrusted with the arrangements.

The family of NICK BOUTWELL created this Life Tributes page to make it easy to share your memories.

Send flowers to the BOUTWELL family.