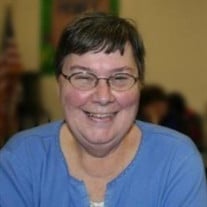 MaryAnne Emmi Dozier, of Perry, passed away peacefully after an extended illness, just two days before she would have celebrated her 77th birthday. MaryAnne was born in Karlsruhe, Germany, in 1944, to Hugo and Emmi Schwarz. MaryAnne loved Elvis Presley, so when she heard that he would be performing at the local Army base, her and several friends attempted to look over the fence surrounding the base to catch a glimpse of Elvis. While they didn’t get to see Elvis himself, MaryAnne saw a man that looked just like Elvis to her. That man turned out to be the “love of her life” and future husband, David L. Dozier. After a whirlwind courtship, the couple married and were soon sent back to the States where the couple eventually planted roots in Middle Georgia and raised their children. In August 1976, at the age of thirty-two, she took the necessary steps to become a Naturalized Citizen. The couple ran a small general store until the Blizzard of 1973. Once the children were born, MaryAnne was a stay-at-home mom until they entered school. MaryAnne was a hard-worker all of her life. Her love of sewing helped to obtain a job at the Kellwood plant where she spent the next 10 years. When the Frito-Lay plant was being built in 1988, MaryAnne applied for employment, was offered a job, and made history by being part of the very first group of employees to ever work at the plant. She retired after nearly twenty-years. While she loved being retired and being able to spoil her grandchild even more, when her daughter needed help at the childcare center she owns, MaryAnne didn’t hesitate to step in. Affectionally known to students, parents and staff as “Nani”, she worked at Special Blessings Learning Center for 3 years where she absolutely loved all the students and families. Many memories were made while working there that will be cherished by so many for many years to come. MaryAnne was the grandmother to five grandchildren, who were her entire world. She spent most of her time attending their school functions and spoiling them rotten. She was more than just a “Nani”, she was a second mom to them all and loved to brag to everyone she saw about their many accomplishments. MaryAnne was preceded in death by her parents, and the love of her life, David Dozier. Left to cherish the memories they made with MaryAnne, are her children; Sabrina (John) Dozier Pitzer, of Perry, Steve (Melissa) Dozier, of Summerville, S.C.; her five-precious grand-children; William “BJ” Ray, Jr., Ashlyn Pitzer, Skyler Pitzer, all of Perry, RPS (Navy) Justin Bryant-Dozier (Audrey), and Sarah Dozier, of Summerville, SC; her sister, Irene (Deiter) Feldmann; and her niece, Sylke Feldmann of Germany. Due to logistical issues and Covid gather restrictions, a Celebration of Life gathering for all her family and friends will be held at a later date, at which time the family will inform everyone publicly. In lieu of flowers, the family respectfully asks that donations be made to the ABBA House Middle Georgia, 2089b Old US 41 Road, Perry, Georgia 31069, in memory of MaryAnne. Watson-Hunt Funeral Home has been entrusted with the arrangements. Condolences for the family may be left in our online guestbook at www.watsonhunt.com.

MaryAnne Emmi Dozier, of Perry, passed away peacefully after an extended illness, just two days before she would have celebrated her 77th birthday. MaryAnne was born in Karlsruhe, Germany, in 1944, to Hugo and Emmi Schwarz. MaryAnne loved... View Obituary & Service Information

The family of MaryAnne Dozier created this Life Tributes page to make it easy to share your memories.

MaryAnne Emmi Dozier, of Perry, passed away peacefully after...

Send flowers to the Dozier family.