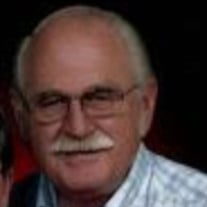 PERRY – James Lee “Jim” Houser, 79, passed away peacefully on Saturday, February 6, 2021, at his residence. The family will receive friends on Saturday, February 13, 2021, at 10:00 a.m. in the Contemporary Sanctuary at Bonaire United Methodist Church. A Memorial Service will follow beginning at 11:00 a.m. Mr. Houser will be interred in Mt. Ararat Cemetery in Centerville, Iowa, at a later date. Considering the current national pandemic and for the safety of everyone there, please wear a mask and maintain social distancing when possible. In lieu of flowers, the family respectfully requests memorial contributions to St. Jude Children’s Research Hospital, 501 St. Jude Place, Memphis, TN 38105. Jim was born in Centerville, Iowa, to the late Leo and Gladys Brown Houser. After high school graduation, he earned a Bachelor’s Degree from Drake University in Des Moines, Iowa. He worked as a chemist for over forty-five years, specializing in carbon paper and typewriter ink. While the days of using those products are long gone today, Jim was among the end of an era. Although viewed as arcane now, his work was peerless in his industry at the time and vital to the continued success of the various manufacturers for whom he worked, including Frye Copysystems and NER Data, from where he retired. After retiring from the ink industry, Jim embarked on a second career as substitute teacher for the Houston County School District which he thoroughly enjoyed for seventeen years. Although he substituted in many schools, Kings Chapel Elementary and Tucker Elementary were undoubtedly his favorites. A man with a deep and abiding faith, Jim was active in the United Methodist Church wherever his career took him. Bonaire UMC was his final church home and the one where he found the greatest solace. There he was able to combine his insatiable curiosity with a strong faith by forming and leading a Sunday School for like-minded individuals for many years until his health began to fail him. He was also a devoted member of the Chapel Choir, and few things gave him greater pleasure than praising the Lord through song. Woodworking and tinkering in his shop also occupied his time, and many pieces of his handiwork and furniture grace the homes of his friends across Houston County. A man of rock-solid convictions, seemingly unending generosity and compassion, boundless curiosity and never lacking for a story to share with friend and stranger alike, Jim leaves all of us with many memories. He set a great example of how to live a fulfilled life in service to the Lord. Left to cherish the memories they made with Jim are his sons and daughters-in-law, Chad and Christa Houser of Hiawassee, and Kurt and Allyson Houser of Dunwoody; his grandchildren, Nicholas Houser, Michael Houser, Christopher Houser, Barrett Houser, and Clemmer Houser; his nephews, Matthew Murphy and Todd Murphy; and several other extended family members. Jim was preceded in death by his parents; his sister, Patricia Houser; and his loving and devoted wife of forty-seven years, Cynthia Kay Houser (nee Grundmeier). Condolences for the family may be left in the online guestbook at www.watsonhunt.com. Watson-Hunt Funeral Home has been entrusted with the arrangements.

The family of JIM HOUSER created this Life Tributes page to make it easy to share your memories.

Send flowers to the HOUSER family.