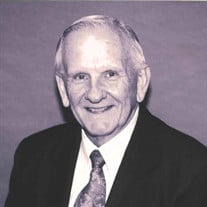 JULIETTE – On December 25, 2021, James Avery “Jimmy” Lee celebrated his 86th birthday, and he passed away unexpectedly on Thursday, January 14, 2022. Services to Celebrate the Life of Jimmy Lee will be held on Wednesday, January 19, 2022, at Watson-Hunt Funeral Home in Perry. Visitation will begin at 4:00 p.m., and the Service will follow at 5:00 p.m. Jimmy was born and raised in Perry and was a graduate of Perry High School. He attended both Middle Georgia College in Cochran and Mercer University in Macon. He proudly served our country in the Georgia Army National Guard from 1953 to 1967. Lee began his broadcasting career in 1955 as an afternoon DJ for WRBN, Warner Robins, broadcasting from a remote studio in Perry. Two years later, he joined the staff of Perry’s WBBN Radio, which later became WPGA. In 1958, Jimmy married the love of his life, Iris Odell. The very next year, Lee was named program director for WPGA. In 1960, Lee and his family moved up the road to Macon to join the staff of WMAZ Radio and Television as a newsman and announcer. The following year he was named Promotion Director for WMAZ AM/FM and Farm Director for the stations. He later was named Operations Director for WMAZ AM/FM. In 1967, Jimmy began producing the weekly Georgia Farm Monitor program for the Georgia Farm Bureau Federation that was carried on 42 radio stations and WMAZ-TV. He later created the “Georgia Farm Monitor” television network that was broadcast statewide for Georgia Farm Bureau on 18 television stations with Macon’s WMAZ as the flagship station. Over the years, Lee produced and hosted 936 half-hour television shows with never a repeat show. In 1970, Lee joined the staff of Georgia Farm Bureau as director of radio and television services. In 1977, he was named Information Director for Georgia Farm Bureau. In addition, from 1980 until 1985, Lee produced six daily radio programs for the Georgia News Network (GNN). He also produced a monthly radio essay that was distributed nationally by the American Farm Bureau Federation on 200 radio stations. In 1984-85, Lee was co-host with Steve Bell, from University of Georgia, on a farm show, “The Georgia Farmer,” on the Georgia Public Television network. The half-hour show was broadcast on Friday nights at 7:30 p.m. with a 15-minute segment presented at 12 Noon. The shows were a collaboration of Georgia Farm Bureau, University of Georgia, and Georgia Public TV. It won top farm show in the nation from the American Farm Bureau. In 1985, Lee left Georgia Farm Bureau and co-founded Master Video Productions with his son, James A. Lee, Jr. From 1985 to 1997, he produced and hosted “Georgia Peanut Update,” a weekly half-hour television program for the Georgia Peanut Commission that was broadcast on five television stations. He also began producing and hosting a daily radio program for the Georgia Peanut Commission, converted later to a farmer-information “Hotline” call-in report. He produced a nationally syndicated television show, “One If by Land.” The monthly show dealt with property rights abuse of private landowners by the local, state, and federal governments, and aired to the NET Network in Washington, D.C. In 1997, Jimmy returned to Georgia Farm Bureau as a commodity promotion specialist and occasionally produced features for the “Georgia Farm Monitor.” During all his years in broadcasting, Lee received numerous honors and awards. The American Foundation of Agriculture named him the National Farm Broadcaster of the Year in 1972. He received the top award in the nation from the American Farm Bureau Federation for his television and radio shows for nine different years, from 1970 through 1984. In 1977, Lee received the Associated Press Award for the Best Public Affairs television show in Georgia. In 1994, Lee received the Georgia Peanut Commission Media Award. And in February 2006, Lee was inducted into the Georgia Association of Broadcaster’s Hall of Fame. His portrait and a plaque are displayed in the Henry W. Grady School of Journalism at the University of Georgia. He was a Past President of the Greater Macon Chamber of Commerce Farmer’s Club and was Charter President of the North Macon Exchange Club and was named Exchangite of the Year in 1987. He also served as Southeast Regional Vice President of the National Association of Farm Broadcasters. Jimmy retired from Georgia Farm Bureau in December of 2007 and began serving as a multi-media producer for the Georgia Peanut Commission. In 2016, he celebrated his 64th year in broadcasting and officially retired. Jimmy was preceded in death by his parents, Avery and Josephine Holloman Lee; his brother, Joneal Lee; and his beloved wife of 61 years, Iris Odell Lee. Left to cherish the memories they made with Jimmy are his loving and devoted son and daughter-in-law, Jamie and Cheryl Lee of Juliette; his grandchildren, Breana “Breezy” Lee and Colby Lee; one great-grandson, Avery Lee; and several nieces, nephews, and other extended family members. Condolences for the family and special memories of working with Jimmy may be left in the online guestbook at www.watsonhunt.com. Watson-Hunt Funeral Home has been entrusted with the arrangements.

The family of JAMES AVERY "JIMMY" LEE created this Life Tributes page to make it easy to share your memories.

Send flowers to the LEE family.