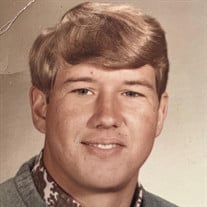 BYRON – George Laymond McGinty Jr., 71, went home to be with his Savior on Sunday, January 30, 2022. The family is not quite ready to say goodbye, but an intimate celebration of his life is being planned for a later date. George was born September 16, 1950. He grew up in Mobile, AL, until his family relocated to middle Georgia in 1965 to be near Robins Air Force Base. As a child, he spent summers with his family in Gulf Shores, AL, where he loved water sports, deep sea fishing, and basking in the surf. George was a Boy Scout, played the trombone, and sang in the youth choir at his church. After moving to Georgia, he attended Perry High School where he played center for the varsity football team and pitched for the varsity baseball team. He graduated with the PHS Class of 1968. George went on to graduate college from Auburn University and worked for 11 years at the Florida Public Service Commission as an auditor before earning his Real Estate Broker and Insurance Licenses. He owned and operated Peach State Investors for over thirty-five years. George had a steadfast love for his family and faith in his Creator. George was a skillful writer and talented singer. Frequently teased for being a dreamer, he tirelessly sought to make the world a better place for people in need by creating programs or coordinating charity events. He was an avid reader, loved to recite scripture, and enjoyed Gospel music. Lovingly referred to as “Pops” by his grandchildren and great-nieces, George could be caught riding his motorized bicycle around town for exercise, much to the amusement of his family. Among his many quirks was his affinity for creating acronyms, such as saying, “Love Always Wins, it’s the L.A.W.” As an ordained minister, he founded T.U.F (The Ultimate Finale) Zone Ministries with his sister, Betty, which supported ministry endeavors including mission trips and youth events. Over the years, George served as a church Deacon, took part in various prison ministry outreach efforts, was a member of Full Gospel Ministries and The Gideons International, volunteered with Evangelism Explosion, and served as a chaplain in local hospitals. As a man of profound faith, it is fitting that he was holding his Bible as he passed from this life to the next. Pops is dearly missed and deeply loved. George was preceded in death by his devoted wife of forty-one years, Cathy L. (Peak) McGinty, his parents, George Laymond McGinty and Marion Shiver McGinty, and his nephew, Michael Scott Cotton. He is survived by his two children, Melanie Grunwell of Collierville, TN, and George “Josh” McGinty III, of Perry, GA; four adoring grandchildren; sister, Betty McGinty Kelly (Allen) of Byron, GA; niece, Becky Medlin (Eddie) of Soddy Daisy, TN; three sisters-in-law, Barbara Moore (Harlan) of Tallahassee, FL, Carol Laster (William) of Chipley, FL, and Tamie Dawkins (David) of Tallahassee, FL; and numerous great-nieces and great-nephews. Condolences for the family may be left in the online guestbook at www.watsonhunt.com. Watson-Hunt Funeral Home has been entrusted with the arrangements.

BYRON &#8211; George Laymond McGinty Jr., 71, went home to be with his Savior on Sunday, January 30, 2022. The family is not quite ready to say goodbye, but an intimate celebration of his life is being planned for a later date. George was born... View Obituary & Service Information

The family of GEORGE McGINTY JR. created this Life Tributes page to make it easy to share your memories.