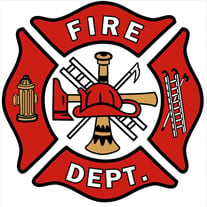 Earl Keith Greene, 76, passed away on Friday, November 6, 2020, after repercussions from an aneurysm in September. Visitation will be on Tuesday, November 10, 2020, from 5:00 p.m. until 7:00 p.m. in the Chapel at Watson-Hunt Funeral Home. Funeral Services will be held on Wednesday, November 11, 2020, at 11:00 a.m. at Crossroads United Methodist Church. Burial with Military Honors will be in Andersonville National Cemetery. While anyone desiring to do so is welcome to attend the service, we are asking everyone to wear a facial covering or socially distance when possible. Flowers are graciously accepted or contributions in memory of Earl may be made to Crossroads United Methodist Church, 1600 Main Street, Perry, GA 31069. Earl was born in Montezuma. He joined the U.S. Army Reserve at age seventeen, with his mother’s permission, and was so proud to be in the military. Soon after the Vietnam Conflict began, he learned he would be drafted and immediately enlisted in the U.S. Navy, where he proudly served our country in Japan and Vietnam, among other places. After his honorable discharge from the Navy in 1969, Earl returned to Middle Georgia, accepting a job at a local cement plant. In 1970, he was hired by the Perry Fire Department, where he worked in various positions, eventually retiring after thirty-five years as Captain Earl Greene. During his years at PFD, he developed close relationships with those fighting fires alongside him. Many of the young men he hired always admired him like he was their own father, and he truly loved those men, “his boys.” Earl was always known as the fireman who could make the “best fried chicken” in Perry and loved cooking for others at work and at home. Many know the story of how he met and married his wife after only one date; it was definitely “love at first sight.” Earl loved his daughter unconditionally, and cherished the time he spent with his grandchildren. After retirement, he would always get out his wallet when they arrived at his house for a visit, sharing a little bit of his “fireman pay” with them, while teaching them the value of a dollar and how much it changes. Earl always had such a GREAT sense of humor through the years. He was known as a practical joker and could always make his friends laugh. He enjoyed watching YouTube, often learning a new joke or two to share with family and friends. Even after thirty-two years as husband and wife, Earl would always sit on the sofa beside his wife and hold her hand while watching television every night. The couple attended Crossroads United Methodist Church. While Earl was known as a HERO over half of his life, he was also a hero in death, donating his liver and kidneys, saving yet another life – just as he had done all of his life. Left to cherish the memories they made with Earl are his loving and devoted wife of thirty-two years, Brenda K. Greene of Perry; his daughter, Mandy Greene Pittman (Justin) of Perry; his grandchildren who lovingly referred to him as “Big Pa Pa,” Bryce Lowery (Amira), Dru Lowery, and Luke Pittman; his siblings, Bernard Greene, Hugh Greene, Cheryl Jones (Earl), and Warren Greene; and many nieces and nephews. Earl was preceded in death by his father, Emory Young Greene, and his mother, Biceye Rooks Greene. Condolences for the family may be left in the online guestbook at www.watsonhunt.com. Watson-Hunt Funeral Home has been entrusted with the arrangements.

Earl Keith Greene, 76, passed away on Friday, November 6, 2020, after repercussions from an aneurysm in September. Visitation will be on Tuesday, November 10, 2020, from 5:00 p.m. until 7:00 p.m. in the Chapel at Watson-Hunt Funeral Home. Funeral... View Obituary & Service Information

The family of EARL KEITH GREENE created this Life Tributes page to make it easy to share your memories.

Send flowers to the GREENE family.