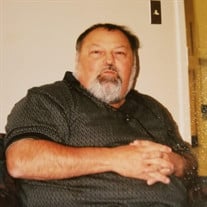 PERRY – Don Jones, 72, passed away unexpectedly on Saturday, December 11, 2021. Funeral Services will be held on Wednesday, December 15, 2021, at Watson-Hunt Funeral Home with the Visitation beginning at 1:00 p.m. and the Funeral starting at 2:00 p.m. Entombment in the Resurrection Mausoleum in Perry Memorial Gardens will be private. Don was born in Muscle Shoals, Alabama, to the late Gene Casey and Geneva Gist Jones. He was a phenomenal football player in high school and, after graduation, played football at the University of Alabama, where he earned a Bachelor’s Degree. After accepting a position with Civil Service at Robins Air Force Base, Don moved to Warner Robins in the early 1970’s. He soon met the love of his life, Marie Bozeman, at the bowling alley. The couple enjoyed bowling in various leagues and tournaments through the years. In the late 1980’s, they settled in Perry where they liked to work in the yard together. Don really liked his job as an electronics technician, and worked there for nearly forty years. He always enjoyed planting a variety of flowers in his yard, caring for them, and sharing the harvested blooms with family and friends, and particularly his wife before she passed away. Once his health began to decline, and he wasn’t able to get out very much, Don liked having his house plants and flowers to nurture indoors. He was an avid lifetime sportsman, playing football, baseball, and golf in his early years, and watching those same sports and more, following his favorite teams, later in life. Don was preceded in death by his parents, Casey and Geneva Jones; an infant daughter, Paula Diane Bozeman; his beloved wife of thirty-one years; a nephew, Jeremy Jones; and a sister, Linda McIntosh. Survivors include his children, Julie Cawthon (Jim) of Perry, Angel Logan (Kenny) of Ft. Valley, Greg Little (Kandy) of Perry, Darlene Cox (James) of Perry, Tammy Grimes of Bonaire, Paul Bozeman, Jr. (Amie) of Cumming, and Todd Bozeman (Audrey) of Haynesville; a host of grandchildren and great-grandchildren who lovingly referred to him as “Don Don”; his brother, Rennie Jones of Tuscumbia, Alabama; a sister, Annette Jones of Muscle Shoals, Alabama; and several nieces and nephews. Condolences for the family may be left in the online guestbook at www.watsonhunt.com. Watson-Hunt Funeral Home has been entrusted with the arrangements.

PERRY &#8211; Don Jones, 72, passed away unexpectedly on Saturday, December 11, 2021. Funeral Services will be held on Wednesday, December 15, 2021, at Watson-Hunt Funeral Home with the Visitation beginning at 1:00 p.m. and the Funeral starting... View Obituary & Service Information

The family of DONALD GENE JONES created this Life Tributes page to make it easy to share your memories.

Send flowers to the JONES family.