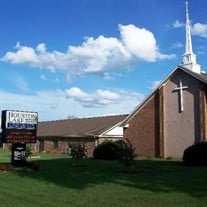 KATHLEEN, GA – Donald Charles “Don” Swise, 69, passed away peacefully late Friday, September 18, 2020. Graveside Services will be held on Monday, September 21, 2020, at 2:00 p.m. in Woodlawn Cemetery in Perry. In lieu of flowers, the family respectfully requests memorial contributions to Houston Lake Baptist Church, 2300 Georgia Highway 127, Perry, Georgia 31069. Don proudly served our country in the U.S. Air Force as an Avionics Technician. He met and married the love of his life, Ruth Heimos, simultaneously accepting the responsibility of four children that he raised to be his own. During his military career, he and his family moved several times and traveled to various locations around the world, savoring the historical and cultural aspects of each and every location. He retired after twenty years of service with the USAF. Don then worked as an Electronics Technician for Civil Service at Robins Air Force Base for twelve years, and once again retired. A true family man, he was proud to have sternly disciplined his children as they were growing up, but his methods changed as grandchildren came along. Still teaching them to enjoy life and “always do the right thing,” Don shared his love for playing guitar, league bowling, and even Cheez-Its with his grandchildren. He kept the Bible near his favorite chair and referred to it often, especially in times of need. Don was a faithful and generous member of Houston Lake Baptist Church. Left to cherish the memories they made with Don are his loving and devoted children, Annette Ezell (Kenneth) of Elko, Shawn Carroll of Kathleen, Amy Carroll of Centerville, Ohio, and Patrick Carroll (Jamie) of Kathleen; eight grandchildren; one great-grandchild; and several nieces, nephews, great-nieces, and great-nephews. Don was preceded in death by his parents, Donald and Theda Hull Swise; his beloved wife of thirty-one years, Ruth Heimos Swise; and his sisters, Barbara Swise Conner and Mary Kay Swise Cook. Condolences for the family may be left in the online guestbook at www.watsonhunt.com. Watson-Hunt Funeral Home has been entrusted with the arrangements.

The family of DONALD "DON" CHARLES SWISE created this Life Tributes page to make it easy to share your memories.

Send flowers to the SWISE family.