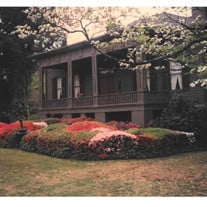 PERRY – Carl Timothy “Tim” Clark, 61, passed away unexpectedly on Wednesday, September 16, 2020. Due to the Covid-19 pandemic, a private Graveside Service was held for the family (several with health issues) in order to maintain their safety and continue their limited presence at public gatherings. In lieu of flowers, the family respectfully requests memorial contributions to Perry Presbyterian Church, 1111 S. Second Street, Perry, GA 31069 or FOPAS, Friends of Perry Animal Shelter, 204 Kellwood Drive, Perry, GA 31069. Tim was the son of the late Lawrence and Doris Clark. He lived all of his life in Perry, and graduated from The Westfield School in 1976. For over forty years, he was a self-employed Aerospace Consultant handling many contracts at Robins Air Force Base. Never having children, Tim loved his nieces and nephews like they were his own. He loved to travel and would take them to Six Flags over Georgia and Disney World each summer. He spent time teaching them everything from how to play basketball or ice skate, to how to build a fence, to how to handle yourself as a financially responsible young adult…and everything in between, sometimes serving as a second dad. Known as “the fun uncle,” Tim had a great sense of humor and always enjoyed giving those special to him a nick-name. He loved his family and spending time with them. Several years ago, Tim’s personal love story fell into place. He met and married the love of his life, Dianne, and the two have been inseparable. Tim traveled with Dianne to numerous beautiful places around the country, meticulously cared for her in sickness and in health, and loved her like he always dreamed of loving a wife. Family and friends noticed his newfound way of life, constantly giddy and walking on air, finally living his life complete. Those left to cherish the memories they made with Tim are his faithful and devoted wife, Dianne Mattox Clark of Perry; his step-daughter, Bentley Lindsey of Perry; his sister, Tricia Nelson of Perry; his brother, Tom Clark (Angie) of LaGrange; several nieces, nephews, great-nieces, and great-nephews; and his long-time, four-legged companion, his Norwich Terrier, Tig. Tim was preceded in death by his parents; his nephew, Curtis Nelson; and his brother, Larry Clark. Condolences for the family may be left in the online guestbook at www.watsonhunt.com. Watson-Hunt Funeral Home has been entrusted with the arrangements.

PERRY &#8211; Carl Timothy &#8220;Tim&#8221; Clark, 61, passed away unexpectedly on Wednesday, September 16, 2020. Due to the Covid-19 pandemic, a private Graveside Service was held for the family (several with health issues) in order to maintain... View Obituary & Service Information

The family of CARL TIMOTHY "TIM" CLARK created this Life Tributes page to make it easy to share your memories.

Send flowers to the CLARK family.