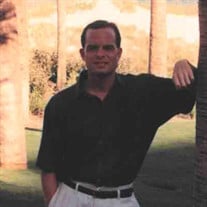 As was earlier announced by his family, Allen Candler Pritchett, III, 58, passed away suddenly and unexpectedly on Tuesday, March 24, 2020. A Graveside Service will be held at 11:00 a.m. on Saturday, August 8, 2020, in Evergreen Cemetery in Perry, where he will be laid to rest in the family plot along with his father, grandparents, and great-grandparents. The family welcomes anyone who wishes to attend. We will be socially distancing, and please wear a facial covering if you feel you are immunocompromised. In lieu of flowers, the family respectfully requests contributions be made in memory of Candler to The Mission Fund at Burnt Hickory Baptist Church, his church of the past fifteen years, ATT: Marsha Jones, 5145 Due West Road, Powder Springs, GA 30127 or to his childhood church where his family are still members, First Baptist Church of Perry, 1105 Main Street, Perry, GA 31069. Condolences for the family may be left in the online guestbook at www.watsonhunt.com. Watson-Hunt Funeral Home in Perry has been entrusted with these arrangements. Candler grew up in Perry, Georgia, where he was a graduate of the Class of 1980 from The Westfield School. He earned a Bachelor of Business degree from Georgia Southern University and was a member of Sigma Chi Fraternity and Phi Mu’s Pledge Class Sweetheart. Candler moved to the Atlanta area soon after graduating from college and began a successful career, increasing his accomplishments and advancing along the way. He worked at Arc3 Gases for nearly ten years as a Business Development Manager. For the past fifteen years, Candler was a member of Burnt Hickory Baptist Church in Powder Springs and a faithful member of his Men’s Bible Study group. Candler loved the outdoors, his dog, Charlie, and the “Dawgs” at University of Georgia football. His greatest love, however, was his family and his children. He also held his many friendships from along life’s way dear to him. He never met a stranger and definitely had the gift of gab! Mr. Pritchett was preceded in death by his father, Allen Candler Pritchett, Jr.; his paternal grandparents, Allen Candler and Lucile Beckham Pritchett of Perry, GA; and his maternal grandparents, Sam and Bill Sells, of Moultrie, GA. He is survived by his wife, Kimberly Pritchett of Powder Springs; his children, Logan Pritchett and Laci Pritchett; Bryan Auton (Kaley) and Ashley Murton (Luke); and his grandchildren, Bryley, Bracen, Baptist, Bravery, Braham, Brevity, Boyce Auton; Natalee and Scarlett Murton. Also left to cherish a lifetime of memories are his mother, Anna Sells Pritchett of Perry; his sister and brother-in-law, Janna and Fred McBride of Savannah, and their children, Ashley Snider (Cheyne) and Fred McBride (Hannah); and his brother, Levin Pritchett of Sandy Springs. In addition, his great-nieces and a great-nephew, Evelyn Snider and Lilah Snider, and Preston and Piper McBride.

As was earlier announced by his family, Allen Candler Pritchett, III, 58, passed away suddenly and unexpectedly on Tuesday, March 24, 2020. A Graveside Service will be held at 11:00 a.m. on Saturday, August 8, 2020, in Evergreen Cemetery in... View Obituary & Service Information

The family of ALLEN CANDLER PRITCHETT, III created this Life Tributes page to make it easy to share your memories.

As was earlier announced by his family, Allen Candler Pritchett,...

Send flowers to the PRITCHETT, family.